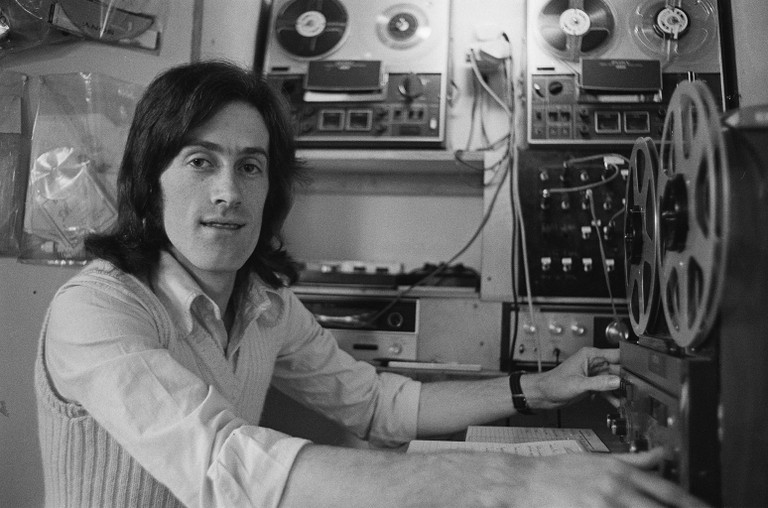 British producer, songwriter and advocate Rupert Hine, who put his stamp on classic albums dating back five decades and who carved out an enduring recording career of his own, has died at the age of 72. The London native's death was confirmed by U.K. songwriters and composers body The Ivors Academy, of which he was a member of the board. "His passion, wisdom, inspiration and his immense kindness will be hugely missed," the organization said. His cause of death was not disclosed.

Hine started out in the music business in the mid-1960s as half of folk duo Rupert & David before launching a solo career in the early '70s and later stints with the bands Quantum Jump and Spin 1ne 2wo. As a solo artist he cut six albums under his name and three under the alias Thinkman, according to his website.

He also penned tracks for other artists and wrote and produced the soundtrack for the 1985 John Cusack comedy Better Off Dead.

But it was as a producer that Hine made the biggest impact in popular culture. While the 1970s were a busy time for Hine, with titles by Camel, Anthony Phillips (ex-Genesis) and Kevin Ayers (ex-Soft Machine) to his credit, it wasn’t until New Wave engulfed the 1980s that he reached international success by becoming the go-to producer for The Fixx and Howard Jones, two of the genre’s biggest acts. Hine helmed the first four studio albums by The Fixx, including 1983’s Reach the Beach and its top-5 hit "One Thing Leads to Another," and the first two albums by Jones.

"An extraordinary man and one of my dearest longtime friends, my music mentor and producer, passed away in the early hours of this morning," Jones said on Twitter, adding that he had just spent time with Hine this week.

Hine also had a hand in crafting Tina Turner’s 1984 juggernaut Private Dancer, having produced the single “Better Be Good to Me,” a top-5 hit on the Billboard Hot 100 that earned a Grammy Award — for best rock vocal performance, female — in 1985. He also co-wrote and produced “Break Every Rule,” the title track to Turner’s 1986 album, and again collaborated with the rock legend on 1989’s Foreign Affair.

Other production credits from the decade include Stevie Nicks’ The Other Side of the Mirror, as well as albums by the Thompson Twins, Underworld, Saga and Chris De Burgh, among others. He also linked up with progressive rock heroes Rush for a two-album run that included 1989’s Presto and 1991’s Roll the Bones.

In the 1990s, Hine worked on albums with Bob Geldof and French artist Éric Serra, as well as releases by actresses Katey Sagal and Milla Jovovich. One of his biggest hits of the decade arrived in 1996, when he produced the self-titled debut album by Duncan Sheik, which included “Barely Breathing” and “She Runs Away.” The pair teamed up again with 1998’s Humming, which was met with more moderate success.

Hine continued his work in the 21st Century, producing albums for Suzanne Vega, Ra, Stuart Davis and others. In 2008 he oversaw the benefit album Songs for Tibet: The Art of Peace, which had contributions from Rush, Vega, Sheik, Sting, Alanis Morissette, Ben Harper and Hine himself, among others. A follow-up compilation, meant to mark the Dalai Lama’s 80th birthday, featured Peter Gabriel, Lorde, Kate Bush, Elbow, Sheik and Howard Jones.

Billboard's The Encyclopedia Of Record Producers — for which he wrote the forward — states that "few producers have worked with as aid a stylistic range of gold and platinum-selling artists as Hine."

An early adopter of electronic music production techniques, Hine was a founding member of Music Producers Guild, the International MIDI Association and a member of the National Academy of Recording Arts and Sciences in the US. In 2011 he received an APRS Fellowship Award, and he has sat on the boards of committees for BASCA and the Ivors Academy.

Hine is survived by his wife Fay and son Kinglsley.